On April 2nd, Inverse Finance money market Anchor was attacked via a price oracle manipulation incident that allowed the attacker to clear out all available liquidity in the process. 1,594.44 ETH, 94.95 wBTC and 38.93 YFI of user funds were taken, being accrued as ‘bad debt’ as they are loans that are unlikely ever to be repaid by the debtor. Since then, the Inverse Finance DAO has voted through a bad debt weekly repayment schedule that is currently operating, with repayments having so far reduced bad debt by: 95.25 ETH, 5.54 wBTC and 2.71 YFI.

The current process favors advanced users able to set up bots that can either liquidate underwater positions or withdraw newly available liquidity quicker than human input. This means that users who do not have the technical proficiency to run their own bots have to wait until there no liquidatable positions in the market AND all the users running bots have withdrawn their collateral; this likely means these users will have wait much longer until they have a chance at getting their funds back.

So far 100% of bad debt repayments have ended up going to either liquidations or advanced users running bots monitoring the market and executing withdrawals. Even then, it is very much an adversarial scenario, with it being a race against their fellow users to execute a withdrawal first.

In order to “level the playing field”, the team at Inverse Finance has built 2 debt repayment contracts: the debt repayer, and the debt converter. 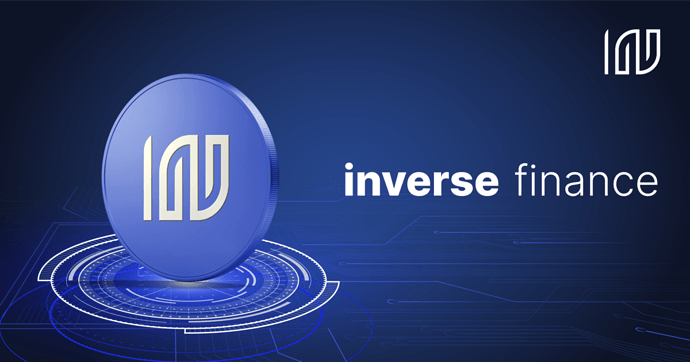 Inverse Finance is an Open Source Protocol for Lending and Borrowing assets. Stake INV to earn interests and borrow DOLA our decentralized stablecoin.

This contract will allow users to redeem bad debt anTokens for the native asset that they represent, but at a discount. As Inverse Finance adds assets to the market and the debt reserves of the contract increase, the discount is reduced using a linear model with parameters set by governance. Those wishing to redeem their anTokens early, before much reserves have had time to accumulate, will take a steeper discount than those redeeming later when reserves are higher. anTokens will eventually be redeemable at one-to-one value with their underlying, once a certain threshold of reserves are met.

A usage example could be as follows:

The TWG will direct a proportion of ETH/WBTC/YFI assets for repayment to this contract. This proportion will be determined each time based on the current context of the repayment situation. The rest of the ETH/WBTC/YFI will be used for liquidations and adding liquidity to the V1 markets like before.

Reserve ratio is calculated for each asset by dividing total amount in each V1 market by the borrow balance of the exploiter.

The debt repayer contract is deployed with the following parameters:

These parameters are adjustable by governance at any point

Inverse Finance is an Open Source Protocol for Lending and Borrowing assets. Stake INV to earn interests and borrow DOLA our decentralized stablecoin.

The purpose of the DebtConverter contract is to let users convert their stuck collateral denominated in YFI/ETH/wBTC to be DOLA denominated instead. We can do this by letting affected users willingly transfer their anTokens to a converter, which issues them DOLA IOUs in exchange.

The motivation for the user is the ability to “sell” their assets, locking in a DOLA denominated value, while the benefit for Inverse DAO is the ability to turn our debt from volatile tokens into stable coins. It also allows users, who are not quick to withdraw their funds, to gradually withdraw as InverseDAO repays its debt. DOLA IOUs will accrue interest and the APY is variable and is controlled by governance.

The contract will allow users to convert their bad debt anTokens into an equal DOLA amount worth of DOLA IOUs. The anTokens will be valued at their current market price in dollars, which is fetched from ChainLink feeds. There is no discount for this debt conversion as there is for the Debt Repayer.

Governance can set a maxConvertPrice for each anToken which represents the maximum value this contract will pay per underlying token. For example, assume anETH has a maxConvertPrice of 1,500e18 & a market price of $1,600. A user that redeems 1 ETH worth of anETH will only receive 1500 DOLA worth of IOUs.

The debt converter will start with an APY of 3% (adjustable by governance) to users with DOLA IOU’s. The price that the assets can be converted will be capped at the price of the assets on April 2nd, which again is fully controllable by governance. This is:

On June 14th, the RWG paused the transfer of anTokens in response to a disclosed risk. As DOLA borrowing was disabled on Frontier on June 16th, that risk is no longer present and so anToken transfers can be reenabled safely. This is required for the two debt contracts to function.