Transition the tokenomics of INV from a simple governance token with optional staking rewards to a rebasing and bonding token that drives organic demand for DOLA.

Like most stablecoins, Inverse Finance is seeking better ways to grow organic demand for DOLA, increase cross-chain AMM liquidity, as well as finance the expansion of the Inverse Finance DAO operating budget. Inverse’s experiment with Olympus Pro during November is internally seen as successful and worthy of expansion.

Olympus Pro liquidity rewards today are funded via INV taken from the current Inverse Finance treasury, which retains a total of approximately 30,000 INV tokens. Inverse receives swap rewards from the SLP tokens it permanently owns as a result of the Olympus Pro bonds, but the supply of INV rewards from the treasury will be depleted in the short-term as our liquidity needs expand. A change in the tokenomics of Inverse is therefore contemplated as a way to overcome this INV token supply cliff. 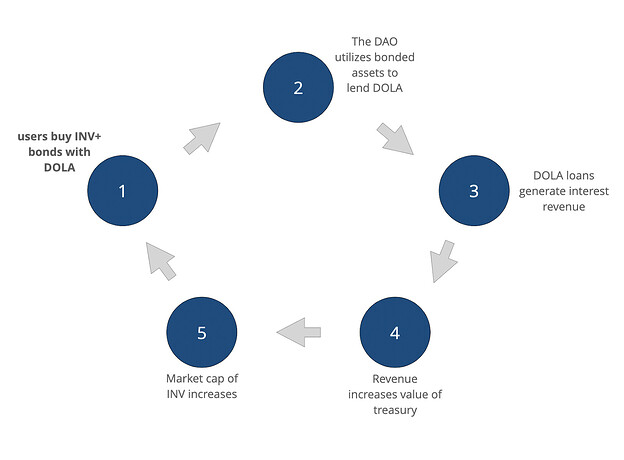 A DAO-run INV+ rewards committee can, similar to other rebasing projects, determine the optimal reward rates for a given day/week provided the rate remains within the band matching the total INV+ supply.